The Simple Weekend will be a regular feature but there are no stats to add today as we are in holiday mode at the moment. People away and a long bank holiday ahead.

Last weekend there were 3 away wins on the opening day in Spain with Leganes winning at 4.89 and Las Palmas at 4.84. Overall a loss of -0.53 backing them all but if we ignored the 2 Madrid teams and Barcelona then it would have been a solid 1.73 profit on the 3 matches.

La Liga starts this weekend and in the table below we can see the same stats as for the Premier League last weekend and the odds for these are the average odds taken from football-data.co.uk.

The home teams dominate in Spain and the away teams have really struggled so backing the away team would not have been a good strategy. Last seasons opening day had 7 of the 10 games with 1 goal or less but that is not normal. In terms of BTTS there isn’t much of a pattern.

However, Spain has two massive giants in Real Madrid and Barcelona and removing those two, as well as Sevilla and Atletico Madrid, who have probably been the most consistent of the rest in those years we get completely different results.

As you can see above again it’s not the away teams that are worth backing and aside from 2009/10 there have been at least 2 away wins in the remaining 6 or 7 matches.

We have promoted the Secret Betting Club in the past because they can be trusted and are a good barrier between punters and dodgy tipsters. They can help you avoid bad tipsters and point you in the direction of the good ones. This summer they have launched a football compendium. 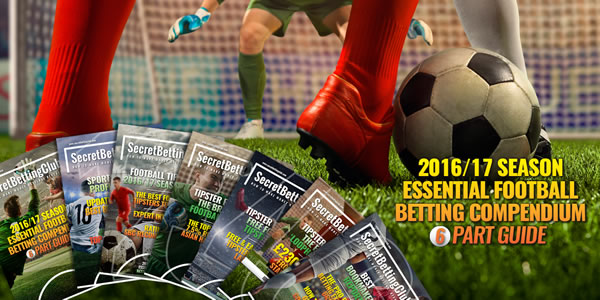 They aim to help readers make the most of their tipping this year and they are well worth looking into. They rank their top 25 tipsters so you can see who are the ones to follow and who to avoid. There is also a video, shown below, that explains more about it.

Not been away long and transfer rumours still flying around but the Premier League is back. Often get the odd opening day shock, or so it seems at the time, and West Ham won at Arsenal (odds of 10.75) last season and Swansea won at Old Trafford (odds of 9.32) the season before to kick off Moyes reign. The odds for these are the average odds taken from football-data.co.uk. The table below shows stats for the opening day.

Lots of away wins in the last few seasons and away wins by far and away the most profitable and even without the 2 big wins listed above the last 2 season would have been profitable without it. Could be that the bigger teams give their players longer breaks in those summers with big tournaments and they come back a bit rusty.

In the last 5 seasons backing the draw and the away team would have given 23.5 points profit, although a 6.9 point loss in 2012-13. Laying the home team could be the sensible option? All these are all to average prices so better odds can be achieved.

Both Teams To Score (BTTS) seems to show no pattern at all.

Good luck at the weekend.

44 selections over these 4 months and not good results. At the end of the season the over and under bets did not do well. The summary of results is shown below and the full list is on the tweeted bets page.

For a number of leagues such as MLS and Brasileiro we have not had prices previously. From September we will switch from using football-data prices and use the prices collected from the bookmakers displayed on the site. We suspect if we had had these prices since April then the results would look much better. There have been 21 tweeted bets from April to July without prices and 14 of them have been winners.