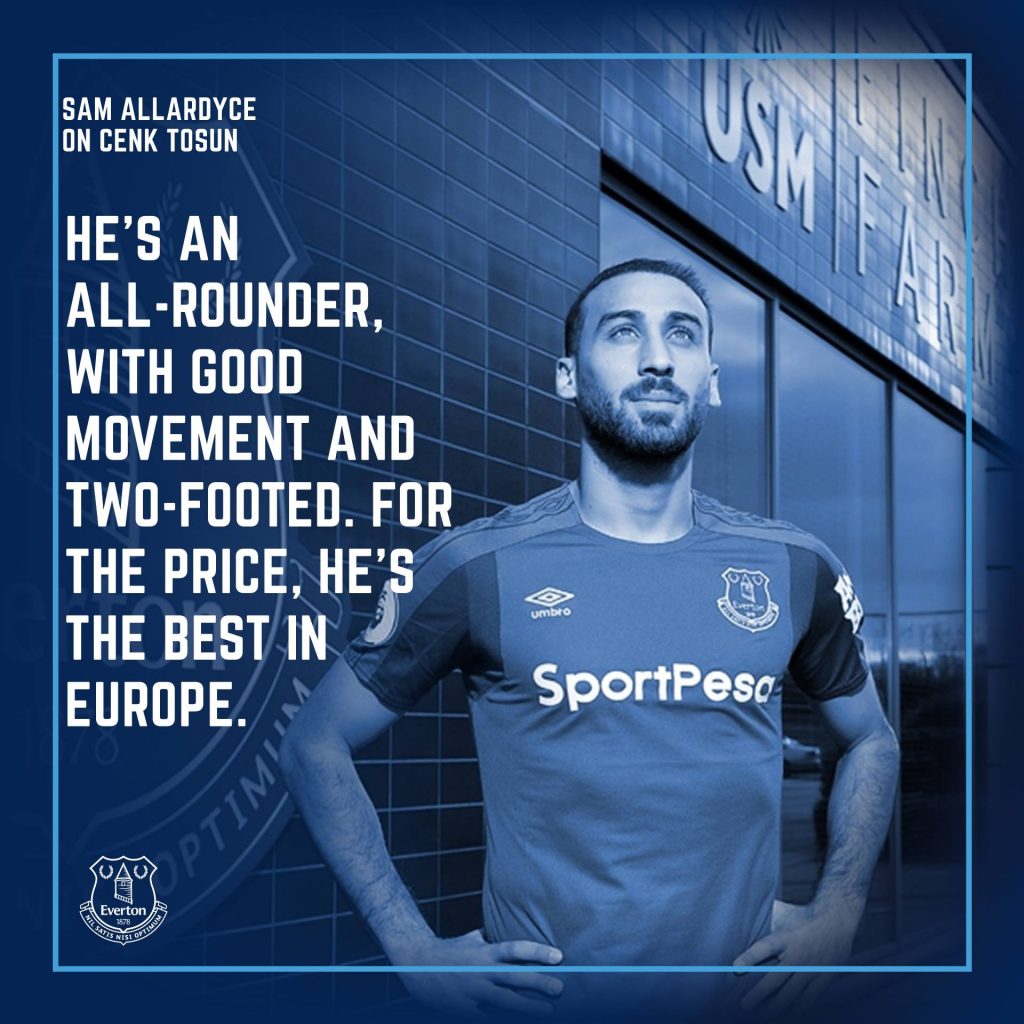 When Sam Allardyce signed Cenk Tosun in the January transfer window, Everton’s hopes of finishing in the Premier League’s top six this season were slim. There was a 12-point gap between the Merseyside outfit and Arsenal in sixth, who are unlikely to give up that position and are hoping to climb. But there is a chance that Everton can end the season on a high, and finish as the best team outside of the big six. This would stand Allardyce in good stead to continue at the club for the foreseeable future and possibly begin to write his own legacy there.

Considering that Everton were facing a relegation battle in the early stages of the campaign when Ronald Koeman was at the helm, the turnaround under Allardyce has been extraordinary. The manager who has famously never overseen a side dumped out of the top flight arrested the Toffees’ decline immediately after arriving at Goodison Park. In Allardyce’s first seven games in charge across all competitions, Everton’s goal was only breached twice. The former Sunderland manager picked up vital wins against fellow basement-dwellers Newcastle United and Swansea City, and managed to hold top four hopefuls Liverpool and Chelsea to draws.

Since this dramatic upturn in form, Everton are now facing up the table rather than down, and are no longer considered among the Championship-threatened sides. It’s Stoke City, West Bromwich Albion, and Swansea City who are now favoured for the drop and, at the time of writing, the Swans are odds-on at 10/11 in the football betting to finish rock bottom.

Now that Allardyce has seemingly already fulfilled his job as “Fireman Sam” with Everton out of the danger zone, the 63-year-old may be looking to build a legacy in the Northwest. He has frequently been seen as a saviour to clubs in the top flight, but rarely a long-term prospect. If he can get Everton playing some attractive football and winning a high proportion of games in the second half of the season, Farhad Moshiri may be wise to keep the Englishman at the helm in the next campaign.

This is where new signing Tosun should come in. The Toffees have been crying out for a prolific goal scorer since they sold Romelu Lukaku to Manchester United for £75 million last summer. Since then, and prior to the arrival of the Turkish striker, Everton had only managed to notch 25 goals in the league – nine fewer than Leicester City who were one place above them.

Everton acquired Tosun from Besiktas for a reported £27 million, and if he managed to fill the big Belgian’s shoes it will be an excellent bit of business. Allardyce claims that the 26-year-old is the hottest property in Europe right now in that price bracket, and the Germany-born forward racked up 41 goals in 96 league appearances at his former club.

Toffees supporters will want to see their side continue to keep clean sheets, but also to impress at the other end of the pitch. Tosun has the potential to make an instant impact at Goodison and, if he manages to hit the ground running, could help to shape Allardyce’s long-term future at the club.