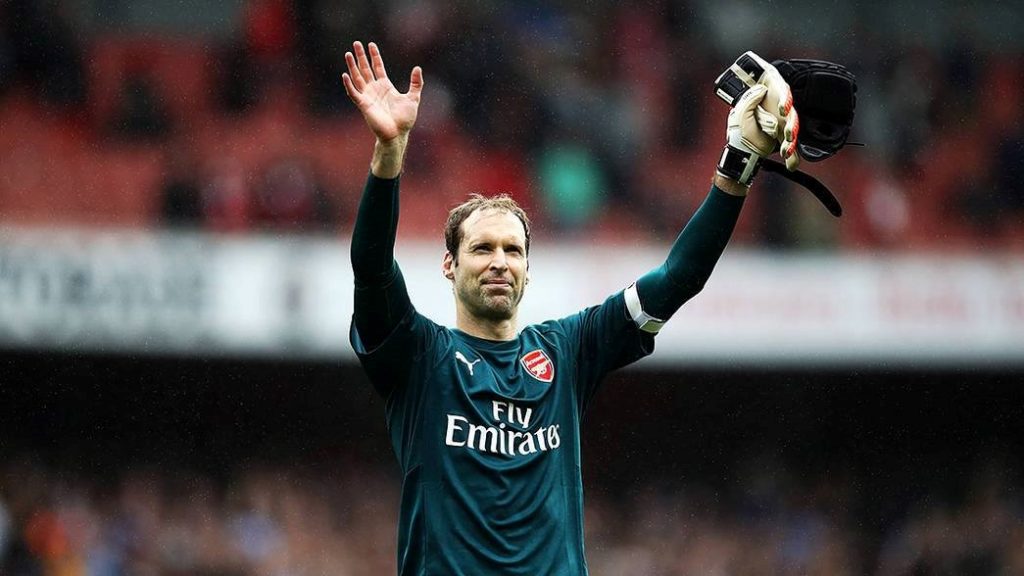 Petr Cech is one of the great goalkeepers of the Premier League era, and has been plying his trade in England’s top flight since Chelsea signed him from Rennes in 2004. At 35 years old, it’s a wonder how long the Czech can carry on being Arsenal’s stalwart between the sticks, but for now at least, he’s showing no signs of stopping. The question is, can he emulate his Stamford Bridge success at the Emirates?

Cech played 333 games for Chelsea and became one of the legends of the Roman Abramovich era, alongside players like John Terry and Frank Lampard. However, during Jose Mourinho’s second spell at the London club, the Portuguese decided to bring in the younger Thibaut Courtois to be the Blues’ first-choice goalkeeper. This meant that Cech only played a small part in the Premier League win of the 2014-15 season, which ended up being his last at the club. During his time in West London, the goalkeeper picked up four top-flight winners’ medals, lifted the FA Cup on four occasions, the League Cup three times, and was a key component of the Champions League winning team of the 2011-12 season.

When Mourinho relegated Cech to the bench, it seemed that the legend’s playing days may have been about to come to an end. But luckily for the player and for Arsenal, Arsene Wenger wisely snapped him up and installed him as the first choice shot-stopper at the Emirates. This has easily been one of the Frenchman’s greatest transfer decisions in recent years, as the 35-year-old has slotted in seamlessly and recaptured his best form in North London. The question is how long Cech can keep going for, and whether he can help guide the Gunners to success.

Now in his third season at Arsenal, Cech has managed to win the Community Shield twice in 2015 and 2017, along with the FA Cup at the end of the 2016-17 campaign. Whether Cech can claim silverware this term remains to be seen. Football tips have Arsenal as 100/1 outsiders to win the Premier League due to Manchester City’s domination of the division, but there is a chance that Wenger’s men may claim a prize in Europe. The Gunners topped their Europa League group by some margin, and are easily one of the stronger sides in the competition.

Since joining Arsenal, Cech has produced just over 35 clean sheet performances for the club and, in each season, has averaged over 2.2 saves per game. He is showing no signs of slowing down, and at this rate, he could easily be playing for the club for another five years.

Cech has the opportunity to improve on the legendary status he earned at Chelsea and become a hero for Arsenal. Goalkeepers have a tendency to stay in the game much longer than outfield players, with the likes of Edwin Van Der Sar, Shay Given, and David Seamen all playing past the age of 40. For the Gunners, it would be excellent news if Cech was able to follow in their footsteps.