The Unibet mobile betting news has reported that Sunderland boss Gus Poyet has warned the club’s fans they need to be patient but has assured them they will be happy in the long run.

Poyet took over from Paolo Di Canio in October after the eccentric Italian was sacked for overseeing a poor start to the season. The Black Cats lost four of their first five games to sit bottom of the Premier League.

Poyet watched Sunderland lose 4-0 at Swansea in his first game in charge, a result which left them stranded on one point eight games in. 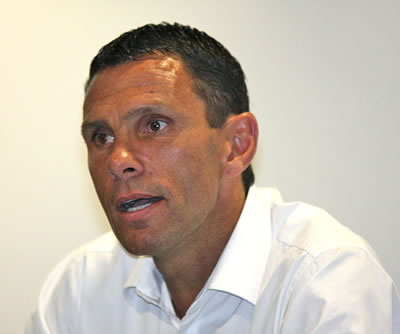 The Uruguayan quickly endeared himself to the Sunderland faithful with wins over bitter rivals Newcastle and Manchester City. However, his side continue to struggle away from home.

Poyet is trying to introduce a new way of playing, with an emphasis on retaining possession. He insisted Sunderland’s problems would not disappear overnight.

“We need everyone’s patience because the players are playing a different way,” the former Brighton manager said.

“I want the team to learn to be calmer, to pass the ball better. It is going to take time to get this way of football going but trust me, the fans will like it in the end.”

Sunderland ultimately picked up in August where they left off last term, when they finished just a place above the relegation zone.

Poyet aimed a dig at his predecessors, the likes of Steve Bruce and Martin O’Neill.

“Whatever style has been used here for the last two years has not worked well because the club has just done enough to not be relegated,” he added.

“I know the fans want us to come out flying and score in the first five minutes of the game, but that is not going to happen. We have the players here to pass the ball and retain possession and that is what I am wanting them to do.”