Chelsea’s defeat at Newcastle United on Saturday may have seen their quest to become ‘invincibles’ and go the length of the Premier League season unbeaten come to an end but their achievement should not be underestimated. In starting the season in such fine form the Blues have opened up a three point cushion at the top of the table and, despite Saturday’s defeat, they will still be confident of winning the league for the first time since 2009/10.  A quick look at the odds would suggest that most punters still fancy the Blues too, with Betfair offering 1/2 and, if you stake £10 now, you could earn £30 of free bets. 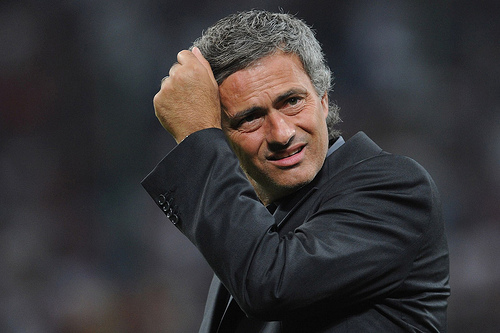 Image by: In Mou We Trust

We all know that Arsenal were the last team to be crowned ‘invincibles’ in 2003/04 and that they went on to win the league that year by 11 points from Chelsea but, after 15 games they were actually in a worse position than Chelsea are now. Despite not having lost, Arsenal were second in the table after 15 games, one point behind Chelsea, and they had only amassed 35 points. Chelsea are currently sitting on 36 points.

No Repeat for Arsene

Since the ‘Invincibles’ of 2003/04 two teams (other than Chelsea this season) have managed to start the campaign with a run of 14 unbeaten Premier League matches. In 2007/08 Arsene Wenger’s Arsenal were at it again, this time managing to go on a 15 game unbeaten run before, like Mourinho’s side, coming unstuck in the North East, losing 2-1 at Middlesboro. That season the Gunners tailed off, eventually finishing third behind Manchester United and Chelsea.

Everything to Play For

If Jose Mourinho is looking for inspiration he would do well to avoid looking back at Arsenal’s 2007/08 decline and should, instead focus on a more recent season. In 2011/12 Roberto Mancini’s Manchester City went 14 games unbeaten before a 3-2 defeat at Stamford Bridge. Unlike Arsene Wenger’s team, however, City were able to recover and eventually won the Premier League on goal difference from Manchester United. Whilst Mourinho will certainly be hoping that this season is not as tight a finish, he should take comfort in City’s achievement and remind his players that although the record may have gone, they still have everything to play for.