The Europa League has run in it’s current format for 5 seasons and the winners have been Atletico Madrid twice, Porto, Chelsea and Sevilla. Those teams come from Portugal, Spain and England and those countries have provided 16 of the 20 semi-finalists in those 5 tournaments. It therefore seems a bit odd that in the betting for this tournament it’s Napoli, Roma, Liverpool, Wolfsburg and Inter Milan as the top 5 teams. Sevilla are the shortest price Spanish team at around 16/1. Spain are the European powerhouse at the moment and they have proven that in the Europa League and previously in the UEFA cup. Of the last 11 finals spanning those 2 competitions a Spanish team has taken the trophy in 6 of them and they have also provided a losing finalist in a couple.

6 of the last 11 winners were Spanish! That’s pretty staggering and the league does not seem to have weakened this year and in actual fact may even have got better. Sevilla are 16/1, Villarreal 20/1 and Athletic Bilbao 28/1 and all of them have to be some value based on those facts. 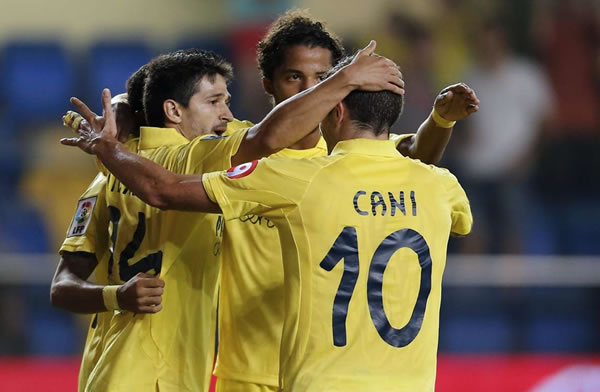 After their game at the weekend Marcelino was talking in the press conference and said from his point of view the season Villarreal are having is a temporadon. This is just another way of saying an excellent season and you would have to agree with him. Copa del Rey semi-finalists and they are In the group of 3, with Sevilla and Valencia, that are fighting for that 4th Champions League spot. They have been on a an excellent run of late and when they lost to Barcelona on 1st February it was their first league defeat since 2nd November including a 1-0 win in the Calderon against Atleti. 20/1 looks far too big on them and looks worth a bet.

Athletic Bilbao are also in the Copa del Rey semi finals and 28/1 looks very big on them as well. The Champions League was a step too far for them and they did not have the class or experience to compete properly.

Athletic qualified by coming in 3rd place I their Champions League group but that is no real advantage in terms of the Europa League. 9 of he 20 semi finalists in the last 5 years came from the Champions League so there is no real evidence that either method of arriving at the knockout stages is better.

The other countries that have done well are England and Portugal. English teams are often poor value in Europe but Spurs at 20/1 look more value than Liverpool at 14/1 and even have a member of last years winning team in their squad with Fazio.

The only team from Portugal in the Europa League is Sporting Lisbon, who lie 3rd in the Portuguese League. Although they are 3rd they have lost just one game in the league this season and drawn both matches with Benfica and once with Porto so at 33/1 with the Portuguese history in this also look very interesting. 4 of the 10 finalists in the last 5 years have come from Portugal so they have the form to do it.

There are 32 teams still to play in this and the draw may not be kind as they progress through the tournament so it probably makes sense to cover a few teams and see where you end up.

My personal choices will be

As there are a number of tweeted stats it makes sense to keep a track of them and get an idea of how they do. All stats have scores and whether they won or lost but only over and under stats have prices and the prices are the average price recorded at football-data.co.uk.

The idea is to keep track of these each Monday