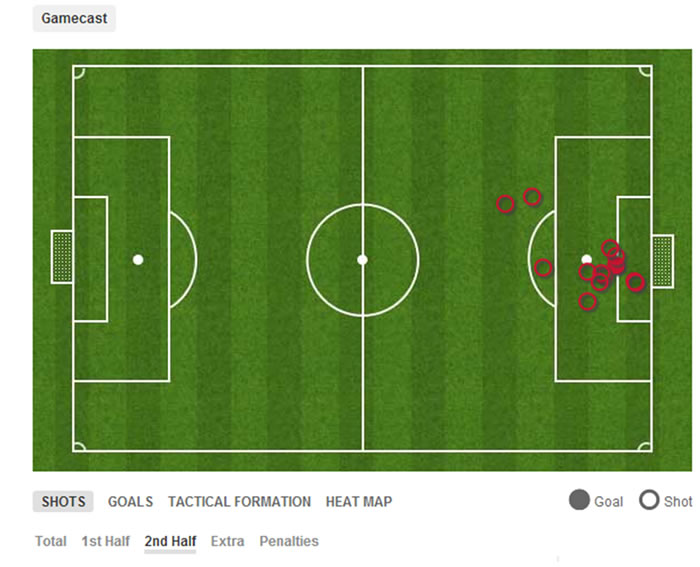 I have been slack on updating the results again but its hard when its just another loser. had their goalie sent off and conceded a penalty and went on to draw 1-1. That was in the first half so fair play to for not going down.

I watched Sporting Gijon narrowly lose to last Sunday when a late goal won it for in a game that could have gone either way and ended 3-2. Sporting are now right down in the dogfight but hopefully their ability to score will get them out.

It’s an interesting time of year with teams stuck in relegation battles and others with nothing to play for. Bookies seems to price games up as if all relegation threatened teams have an extra edge but I would say for every Tevez inspired West Ham that beats the drop there’s another team who go the opposite way and are relegated instead of them.

Can’t wait for the v champions league games and we will see how good Barca really are. The only game they’ve struggled in this season was against Real Madrid, who are far and away the best team they have played. I think we may find out they are not as good as people think and rather is a weak league.

I fancied Boro and Fulham to draw in the Premier and Spurs look pretty solid against , but West Ham look much too big in my book.

Apologies to Terry but I am against the Villa this weekend. O’Neill has talked positively but they come into this game with no wins and 5 defeats in the last 7 games. At home they’ve not won in 5 and it’s their home form that has let them down this season taking just 23 from a possible 48, whereas away it’s 30 from a possible 48. West Ham’s away form is decent and they are in with an outside chance of UEFA qualification if Villa were to implode now and another win would leave them 6 points behind with 5 games to play. They still have something to play for and 6 looks a huge price against a team struggling.

Yeovil are one of those teams down in the relegation zone that hit form and need a couple more wins for safety. Yeovil have lost just once in the last 6 matches and unbeaten in 6 at home winning the last 3. Since the end of October have won just once away losing 9 of those 16 matches. This is a game that means a lot for both sides and I’m happy to go with the form side at a decent price.

It was last season when were rock solid at home and won a few bets on this blog. They seem to have got that back again recently as they are unbeaten in 8 at home, winning 6 and conceding just 3 goals at home in the last 6 matches. started their season with 3 wins and 2 draws in the first 5 away games. Since then it’s been 7 losses and a draw. lost their last match away at Nancy but prior to that had gone 13 games without defeat. The raw figures of winning 8/15 at home and losing 7/15 away gives a price of evens so with the form getting over that looks good. An interesting stat is that of these 15 games 9 of them would have been won by the home team by more than one goal and -1 @ 3.25 on Bet365 looks good value.

3 points stake on the weeken .

Good luck in whatever bets you o.